Structured Query Language (SQL) is a language that entails relational databases. There are a number of databases and platforms which use the services of SQL. However, each of them uses a slightly different syntax of the language by adding a little variation to it. SQL and MySQL are the two database tools that are very commonly used for web development. Once you choose one of them, you may face several hurdles if you ever decide to switch to the other one. This is due to the fact that the programming tool which you select will become the base of your overall content and how it moves forward. It will also be able to store, secure, and retrieve your data for the applications. Therefore, it is an important decision, and you need to understand the dynamics of both languages in order to make a decision.

SQL is the general choice of relational database developers and is quite popular in applications developer jobs. This is because the surface of both languages looks similar. Both of the languages enable you to host numerous databases on one single server. Furthermore, both the languages use tables to contain the data of applications and use primary as well as foreign key constraints. However, SQL is a little older than MySQL.

The Linux hosting usually gives you MySQL. MySQL operates as an open-source, which allows you to have as many databases as you require. Therefore, you can even have 10 of them to support all of your 10 different projects.

How to Decide Between SQL and MySQL 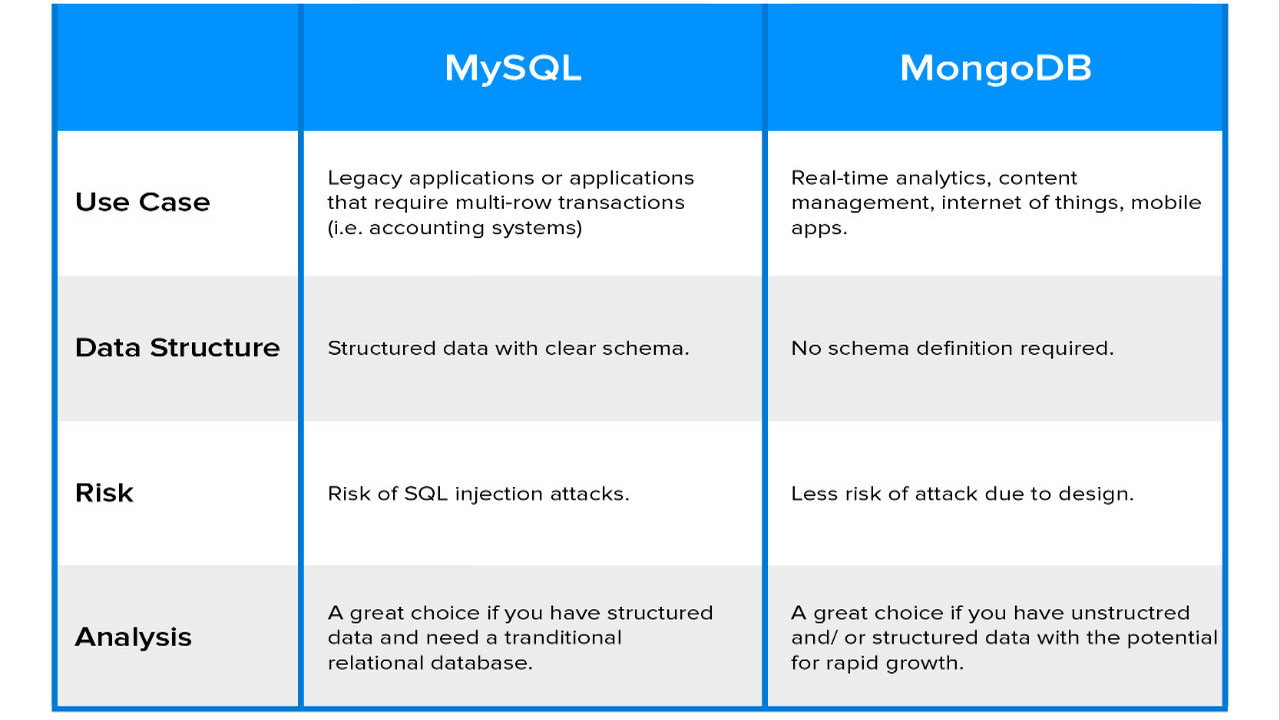 The most efficient way to choose one of the two options is to post your own project on the job market and talk about your demands with some experts in the field. This will provide you with several opinions from developers and also highlight a number of factors that you need to consider in order to make the right decision. The expert opinions will also reflect on the developer’s area of expertise. However, you also have to keep in mind that almost all the windows developers choose to go for MSSQL while the Linux developers choose to work with MySQL. Based on this information, you can decide which type you specifically want to target, and then make the decision of which tool to choose.

In conclusion, there are many striking similarities between both programming options. However, there are also many differences, such as the base tools that they use. This is why it is better to consider the expert opinion of developers regarding your requirements from the platform and then choose one of the languages to go forward with. Now that you have all the necessary information, you can easily make the decision.